ENGLISH VERSION: This is the new Law on Contracts with the Administration

Congress validated on Thursday the Contracts with the Public Sector, a standard that transposes into Spanish law the European directives on public sector hiring and also responds to the inner need to give greater transparency to the sector and to increase controls on corruption on late and review contracts and ensure free competition. The law will come into force four months after its publication in the Official Gazette.

Among the most important new features, highlights the possibility of contracting without advertising is suppressed, it is intended to encourage contracting with SMEs and the prevalence of division into lots, the obligation of electronic invoicing and the possibility of direct payment of government is established subcontractors, as well as controls on late payments and that an independent office to oversee contracts and ensure free competition creates increases.

The law, which comes into force four months after its publication in the Official Gazette, has 347 articles, 57 additional provisions, five transitory, one derogatory, 16 finishes, and six annexes.

Mandatory requirement. the possibility of contracting without publicity is deleted.

Public records. Procurement dossiers will be public with the exception of classified information or endanger other rights, always with justification.

Electronic bill. electronic billing system and single electronic register for the entire procurement chain is introduced, which will establish the date on which bills are presented by the subcontractor to the contractor unequivocally and without possible interpretation.

Commission in Parliament. There will be a permanent presentation in Parliament, in parallel of the Joint Commission for Relations with the Court of Auditors, so that political parties also specifically monitor public procurement.

Smaller contracts. the ability of the Administration for the direct award of smaller contracts is reduced. They are reduced to 40,000 euros and 15,000 existing limits of 50,000 euros for works contracts and 18,000 euros for the rest (excluding VAT). An attempt is thereby end the opacity in the process, in the same way that they may not be awarded without advertising contracts regardless of the amount.

Out award. Streamlined processes with models “express” award for all contracts worth less than 80,000 euros in the case of works and 35,000 euros for the rest.

Pliegos with private companies. a limit to the changed contracts signed in the sheets with private companies, which may not exceed 50% of the contracted amount is set, which will force concessionaires to take economic risks of construction and exploitation of works or services provided by the Administration.

Job placement. a percentage of contracts for companies employment and disability will be reserved.

Non-payment of wages. In addition, the possibility of terminating the contracts for unpaid wages to workers is guaranteed.

Political parties and unions. A traditional obligors political parties and trade unions join now, but will be able to use instructions recruitment and no law to award contracts. The Directive required to include parties, unions and business associations, provided that most of its funding comes from public sources recourse to public procedures for awarding contracts.

Corruption. They may not be contractors Public Administration convicted of corruption among individuals.

Special. contractual system resources modified by passing the special resource to be prescriptive.

Extension. the field of special resource, which happens to be for works contracts of an estimated value of more than three million euros is extended; contracts for supplies and services, 100.0000 euros, and special administrative contracts, 100,000 euros and those where you can not set its value.

Indemnifications. compensation for unfulfilled market expectations are prohibited, which hinder the assumption of economic responsibility by the Administration to failed projects such as the radio or the Castor Project.

Remunicipalisation. The redistricting decision of a concession may be appealed to the Administrative Tribunal of Contractual Appeals. The admissibility of the appeal suspends execution, and has an average resolution time of 15 days or a month. In addition, in general, the purpose of contracts subject to possible appeal to the Court expands scope.

Commitment. the Government’s commitment to update the list of countries and territories that have the qualification as a tax haven, once published the list of tax havens EU and OECD is acquired. 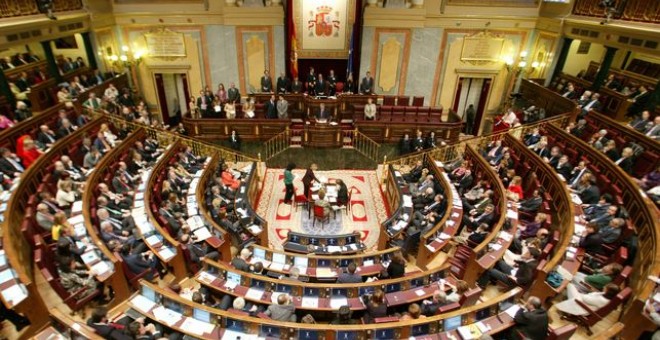